The exquisite landscape of Ladakh, known as largest Cold Desert in world, is uncanny in its prehistoric era. The only known evidences of Ladakhi history reveals its existence as independent state for 900 years beginning from 10th century.

The history of Ladakh began with Dardi population as mentioned by Herodotus, a Greek historian. Citations about Dardi were made by Admiral of Alexander as well. It was believed that Dards were producers of gold, which can be related to gold washing in areas of Ladakh and Baltistan. 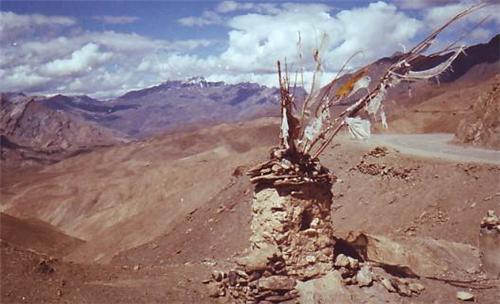 The earliest revelations of political history of Ladakh are found in Uvima Kavthisa that suggested Ladakh to be part of Kushana Dynasty in 1st century. Xuanzang, a Chinese monk, mentioned Ladakh by name of Marsa. During 7th century, Chinese empire appointed a Tibetan Commissioner in Ladakh leading to proper administrative set up in 662. Major clash occurred between Tibetan forces towards East and Chinese influence from Central Asia. Administration was reorganized in this region during 8th century. In 737, Tibet attacked areas of Gilgit and seized it successfully. In 747, this stronghold of Tibet was weakened by Chinese invasion led by Gao Xianzhi. But in 751, Gao was defeated by Arabs and Chinese influence in Ladakh descended. During this era, Ladakh was also an important center for trade. In 842, Tibetan Monarchy subsided in this region.

During the same era, first Ladakhi dynasty was formed by Nyima Gon, who represented royal house of Tibet. During his reign, Ladakh came under clear influence of Tibetan people and culture. After that, they intended to head towards North West India in parts of Kashmir for spread of Buddhism. It is believed that Ldedpal Hkhor Btsan with strong intent to spread Buddhism in Ladakh for which he laid foundation of 8 monasteries in this region. However, not much is known about other kings of this dynasty. Fifth ruler from this empire was Lhachen Utpala who invaded parts of Baltistan, Mustang, and Kulu.

This was the era marked by rise up of Namgyal Dynasty. During earlier parts of this era, Muslim invaders weakened the Ladakhi rulers. Ladakh was divided into Lower Ladakh and Upper Ladakh. A valiant ruler from Basgo, Bhagan, defeated king of Leh to reunite these two parts of Ladakh. Later, he adopted the surname of Namgyal, which means Victorious. The dynasty established by him flourished in Ladakh and it still exists. During 1555 to 1575, King Tashi Namgyal built a strong citadel atop Namgyal Peak.

But in actual terms, glory of Ladakh and its culture as restored during reign of Sengge Namgyal, a strong ruler. He rebuilt the gompas and other shrines destructed in Ladakh by Muslim invaders coming from Central Asia. The legendary Hemis Monastery was also rebuilt by him. He expanded his kingdom to the vast expanses of Spiti and Zanskar making Leh Palace his official seat. Later on, with growing impact of Mughal Empire, he was defeated by them. His son Deldan Namgyal averted 5th invasion of Dalai Lama in Chargyal, with the help of Mughals.

In the beginning of 19th century, Mughal Empire declined. During that era, Maharaja Gulab singh gained significant control over Ladakh under invasion led by his general, Zorawar Singh. King of Ladakh was forced to exile and take shift to Stok Palace. As a result, Ladakh also came under Dogra Dynasty and it was merged into Jammu Kashmir in 1846. After independence and partition of India, Pakistan made several failed attempts to infiltrate from regions of Kargil and Zanskar.

The unrest was not caused by Pakistan alone. During 1949, China also closed the fabled silk route from India to Central Asia. It was the same route through which caravans of textiles, spices, narcotics, carpets, etc. moved from Punjab to Central Asian cities like Khotan and Yarkhand. During those times, the markets of Leh used to bustle with merchant activities. Many arts also flourished in Ladakh during that period. 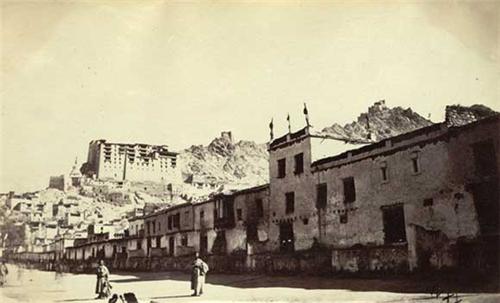 When Chinese forces invaded Tibet, Dalai Lama and other refugees from Tibet took shelter from India. In 1962, China occupied major portion of this region and built many roads between Tibet and Sinkiang. With closure of Ladakh Tibet border by China, this association reached to its end in this region. Since 1947, Ladakh is governed by state government of Jammu Kashmir. Though, the people of Ladakh always demanded for status of Union Territory on account of bias and apathy suffered by them. In 1993, Ladakh was given the status of Autonomous Hill council leading to formation of Ladakh Autonomous Hill Development Council in 1995.
On 5th August 2019, the Modi government announced to scrap Article 370 which gave special status to Jammu and Kashmir and proposed that the state be bifurcated into two union territories, Jammu and Kashmir and Ladakh. The Union Home Minister, Mr. Amit Shah Shah, who introduced the Jammu and Kashmir Reorganisation bill, said the union territory in Ladakh will have no legislature like Chandigarh. The other union territory of Jammu and Kashmir will have a legislature like Delhi and Puducherry.
Also Read: History of Leh | History of Jammu | History of Srinagar